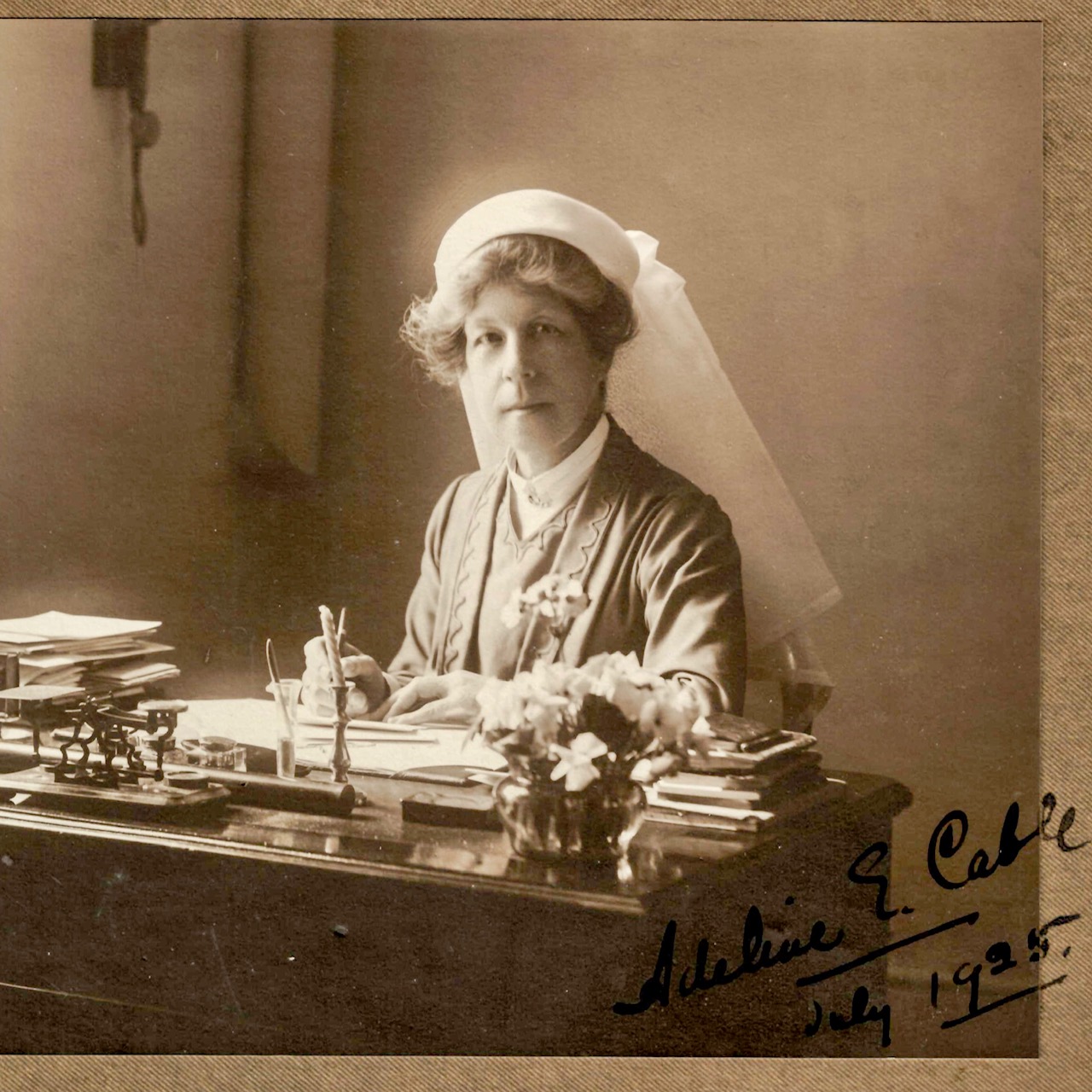 Adeline Cable (1864-1944) best known for her work as a matron at Salisbury Infirmary during the First World War.

Adeline Elizabeth Cable was born in 1864 in London. She trained for her nursing certificate at The London Hospital in Whitechapel from 1892-1894. For the next 12 years she worked at the same hospital apart from one year on active service in South Africa during the Boer War.

In 1907 she moved to Salisbury to become matron at Salisbury Infirmary on Fisherton Street, a position she held for 18 years. As such she was in charge during the tumultuous years of the First World War when the hospital came under immense pressure. The proximity of the Wiltshire Regiments and their camps on Salisbury Plain contributed to the many wounded soldiers (c. 3000) being treated in Salisbury. On top of this the number of medical personnel shrank as doctors and nurses went off to do vital war work overseas, resulting in departments being closed or severely curtailed.

In April 1918, the London weekly journal “The Hospital” published a letter Adeline had written: “The Shortage of Domestic Help: Work of National Importance”. This called attention to the wellbeing of nurses who could not devote all their time to following their profession but had to carry out the domestic chores of the hospital due to the shortage of maids.

During her tenure Adeline supervised many changes to the infirmary including the opening of Beatrice maternity, which will be well known to many in its reincarnation at Salisbury District Hospital. Why it was called ‘Beatrice’ is not known, however Beatrice, the youngest daughter of Queen Victoria, had the nickname ‘Baby’. Adeline also looked out for the welfare of her nurses, arranging for them to get one long weekend off every four weeks.

Adeline’s work was recognized in several ways. In 1918 Adeline, who was then the 17th matron at Salisbury General Infirmary, was presented with the decoration of the Royal Red Cross ‘Civil Nursing Service’ Award by King George V at Buckingham Palace.  Adeline was also the recipient of a special one-off nursing badge, commissioned in recognition of her work at the infirmary. With the Salisbury crest of a shield flanked on either side by two eagles and surrounded by the Salisbury Infirmary motto “The sick and needy shall not always be forgotten”, it is embellished with blue enamel. In retirement, her colleagues presented her with a mahogany leather-topped writing table.

Adeline eventually returned to live in London. She died in 1944.

Researched and written by Helen Ryan.

We would like to thank Lesley Self at ArtCare for assistance with finding sources.