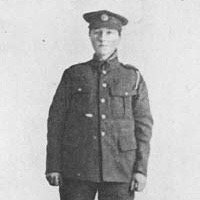 Author’s note: This has to be one of the most intriguing, courageous and heart-breaking stories we have found

It’s 1914 and the world is at war.  Like many young journalists throughout history Dorothy Lawrence is out and about looking for a scoop.  Dorothy wants the story that will make her name and earn her respect. She’s had a few small pieces published in the Times and Nash’s Pall Mall Magazine, but nothing with her name on it and nothing that was seriously newsworthy.   The men who run the publishing houses in Fleet Street might have women writing the cookery sections but there is no way they were going to allow women to report on serious matters. Dorothy watches with interest the activities of the suffragettes and their courage and determination to change life for women.  It’s helping her to feel strong and giving her confidence.   If they can do it, she can.   It’s then she has a ‘light bulb’ moment and with plucky resolve she manages to persuade the editor of the Times newspaper to help her get a passport.  She buys a bicycle and with her notebook and pencil in her pocket, she boards a boat for France.  She’s excited at the thought of this risky adventure. She’s going to find out what’s really happening to the British troops fighting in the trenches on the Frontline! Little was she to know it would take over 100 years before her story was fully appreciated and acknowledged.

Dorothy Lawrence was born illegitimate in 1896 and brought up in London by her mother.  Orphaned in 1909 she was sent to Salisbury to live with her appointed Church of England guardians at 31 The Close.  Josephine Fitzgerald and her husband were fairly wealthy so Dorothy would have found life completely different.  An education at one of the small private girl’s schools in Salisbury would have been a radical change.  We know that whatever the difficulties Dorothy experienced at this time, Salisbury was important to her, as she would later refer to ‘that dear old Cathedral City’.

When Dorothy returned from the frontline of the war, she wrote her own autobiography. Despite managing to have her book published after the war it received little acclaim.  It wasn’t until 2016 she was given true credit by the Wiltshire Heroine Project for her bravery and courage as the only English woman soldier in the Royal Engineers 51st Division 79th Tunnelling Co. She is also remembered as the only woman who fought in the First World War disguised as a man.  To find out more and read the full story of Dorothy’s intriguing life read her autobiography Sapper Dorothy which is listed in the sources section.

Lizzie Crarer (2016) Lizzie Crarer talks about remembering and honouring Dorothy Lawrence through the production, ‘Over The Top’. Wiltshire at War Community Stories. http://www.wiltshireatwar.org.uk/news/lizzie-crarer-talks-about-remembering-and-honouring-dorothy-lawrence-through-the-production-over-the-top/