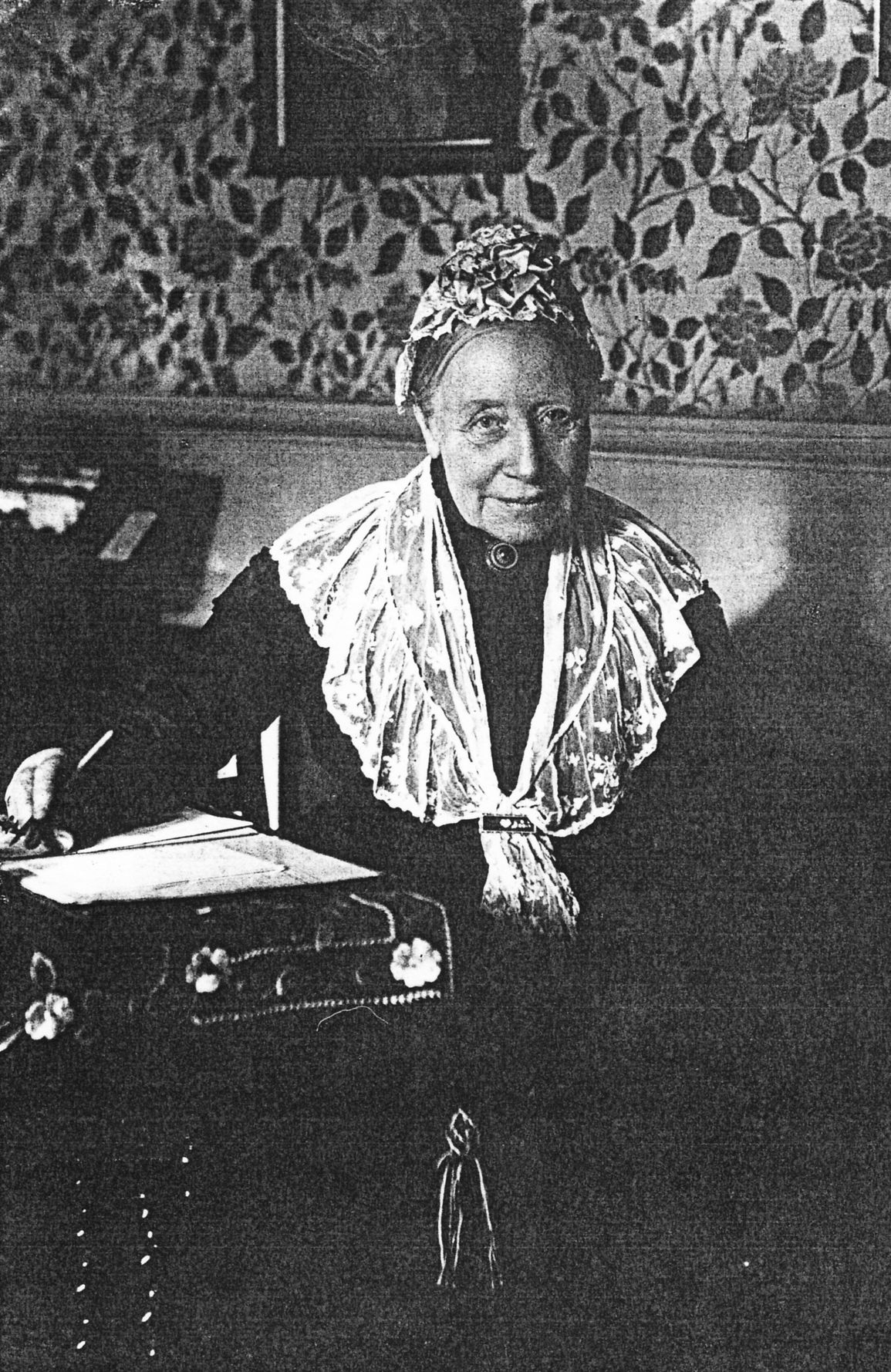 Maria Fawcett (1830-1923) was a member of the Fawcett family prominent in Salisbury.  She never married, lived in or near Salisbury all her life, but glimpses of Maria Fawcett’s life show the richness available to a Victorian spinster at the hub of a personal network crossing boundaries of politics, religion, class and age and public life, albeit in a limited sphere.  She had a full life of her own, not just as sister to the more famous Henry and Millicent.

Maria Fawcett was the older sister of Henry Fawcett, the second child and only daughter of William and Mary Fawcett.  Little is known of Maria’s early life. Her role as devoted sister and dutiful daughter was established well before the tragedy which blinded her brother Henry at the age of 25. His eyesight was already deteriorating, and Maria read aloud to him and took dictation of the many letters he wrote as an aspiring politician.  She accompanied him when he took a pupil to Paris in 1857. After the shooting accident that blinded Henry it is said that she ‘held the family together’.  Henry married Millicent Garrett in 1867; Maria and Millicent became close friends and travelling companions.

Maria’s public roles in the city concentrated on girls’ education. She was a governor of Godolphin School for thirty years, attending meetings, going to concerts, presenting certificates and judging ‘the Doll and Toy Exhibition’.

Importantly for women’s access to education, Maria was Local Secretary for girls for the Oxford and Cambridge Local Examinations: girls were allowed to take public examinations from the later 1860s. Her work involved distributing application forms, overseeing the exams, dealing with the results, and taking part in the presentations to successful students.

Until she was almost 60 Maria lived with her parents. They died within two years of each other in the late 1880s, and Maria inherited the lease of their house at 27 The Close, with an adequate income for independence.

Maria’s diary for the year 1895, when she was 65, survives. It is written in Italian on weekdays and French at the weekends, giving us one of few clues about her education. The entries are mostly brief but reveal the varied activities of an elderly (for the time) woman in provincial Salisbury.

Maria had an inner circle of relatives and friends whom she saw frequently, centred on the family of her elder brother William who died in February of that year.

Acquaintances amongst her neighbours in the Close were residents of the College of Matrons, and wives of diocesan officials. Outside the Close they included members of the professional, political, and commercial classes of Salisbury. She was clearly intimate friends with the family of Salisbury’s late Liberal MP, Dr J A Lush, staying with them in London and on the Isle of Wight.

Demonstrating the breadth of her interests, Maria attended meetings on ‘Church Defence’ and the rescue work of the Salvation Army. She supported fund-raising events for a variety of causes, including concerts for St Marks Church Building Fund and the restoration of George Herbert’s church at Bemerton. Maria was in her late 70s by the time the campaign for women’s suffrage was active in Salisbury, but no doubt Millicent stayed with her when addressing meetings here.

Photograph of Maria published by kind permission of Godolphin School

Holt, Winifred. 1915, A Beacon for the Blind, Constable London.