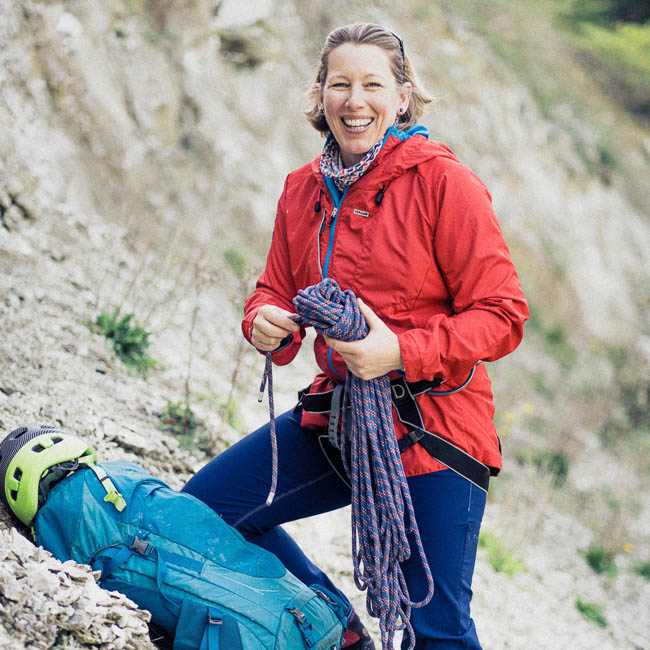 No Comments on Jo BradshawPosted in Contemporary Women, Her Stories By Barbara EvansPosted on 20 August 202220 August 2022Tagged mountaineer

Jo Bradshaw is a professional mountaineer, living in the relatively flat countryside of south Wiltshire. She has done many staggering things in her career which didn’t really get going until her late 30s when she moved to Wiltshire to work for an adventure travel company.  Most towns and cities will have a small enclave of top adventuring women, and most will be backed by the British military, not Jo she has to fund and fundraise her own expeditions.

Today Jo is nearing completion of her main challenge; she set herself the goal of climbing the highest point of each continent, and is one of a small handful of women to do this. The challenge is known naturally as ‘The seven summits’. Some of the mountain names will be familiar to you, others not so. Jo has one to go Carstensz Pyramid in West Papua. Already summited are Mt Vinson, Elbrus, Kilimanjaro (30 times), Denali, Aconcagua and yes, Mount Everest (!) make up the set.

As Jo goes about her business she raises money and awareness for the children’s charity Place2Be, she has fundraised over £35,000 to date.

Spending time with Jo made me feel that I can climb any of her beautiful, dangerous and mighty mountains.

She can go from funny to serious in under a second. She does it with such ease, I guess this is how the scenery changes up there.

Jo never used to finish anything (her words, not mine!), so jumping out of a plane for charity at the age of 36 was a big first and a catalyst for many amazing and scary adventures. Fun fact, Jo has a fear of height yet, she conquered the highest peak on the planet.

My favourite aspect of Jo’s story is how her life has changed at the age of 36. I am 36 (fine 37 now…) and I feel excited that ‘in theory’ I could see those breathtaking sunrises and feel the Earth shake under me. But for now, lessons learned from Jo include: one foot after the other, say yes, and then figure it out later.  Thank you, Jo!