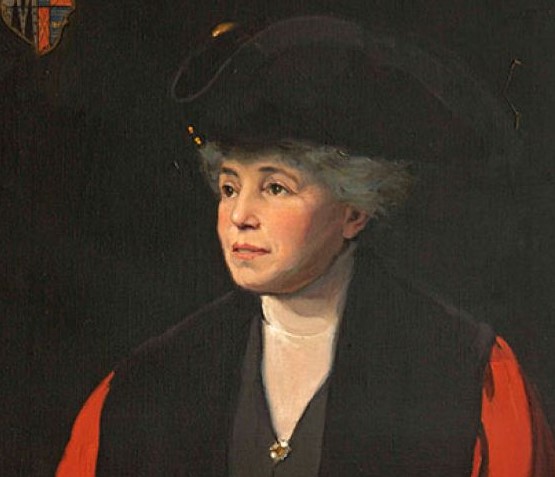 No Comments on Lady Edith HulsePosted in Her Stories, Historic Women By Liz BattenPosted on 1 May 20201 September 2020Tagged Philanthropist, Politician

Lady Edith Hulse was elected Mayor of Salisbury in 1927, becoming Salisbury’s first female Mayor. She was only the third female Mayor in England, following women in Aldeburgh in 1908 and the City of Norwich in 1923. Reported in the Salisbury Journal, Edith Hulse assured the citizens:

“I stand as an ‘Independent’ owing loyalty only to my country, to the city of Salisbury and the electors whose votes I solicit.… I shall do my best to further those things which I believe to be vital to the moral and physical health of the city – better housing for the working classes; every care given to the health of Mothers and Infants and all Children before and after school age; reasonable drink control and good refreshment houses for the people …’

Once elected she expressed the hope that ‘the Town Council would not find the first City Mother a very great worry to them’.

Lady Edith was the Hon. Edith Maud, daughter of the first Baron Burnham.  In 1888 she married Sir Edward Hulse, then MP for Salisbury, who died in 1903. She became the first female member of Salisbury City Council in February 1919.

Her only son, Edward, a Guards’ officer, was killed in the Great War in 1915, a tragic blow. Hulse House in Mill Road, Salisbury was acquired in his memory and was used for child welfare and maternity work as well as serving as the headquarters of the Y.W.C.A. In 1924 she paid for a new Maternity and Child Welfare Clinic and Pathology laboratory, helping to retain the Infirmary in Fisherton Street. These themes remained among Lady Hulse’s chief concerns in public life as well as the welfare of ex-Service men: she was a warm supporter of the Old Contemptibles Association and of the British Legion. Hulse Hall (the Breamore Village Hall) was also built and donated by her in memory of her late husband.

Lady Hulse also served the community as a magistrate for Hampshire. She was also a keen horsewoman and farmer and her Breamore flock of Hampshire Down sheep attained a notable position in the agricultural world of the day.

She was riding her horse right up until the day before she died, suddenly, in 1937 at the age of 72. She was buried according to her wishes; wearing her wedding ring and a bracelet and neck chain, and with the Iron Cross from the grave in France of her son, her leather belt, revolver case, and field glasses case placed in her coffin.

There is a statue in the Cathedral in memory of her labelled “Great Lady in Deed and Word” and also a portrait in the Banqueting Room in Salisbury’s Guildhall.