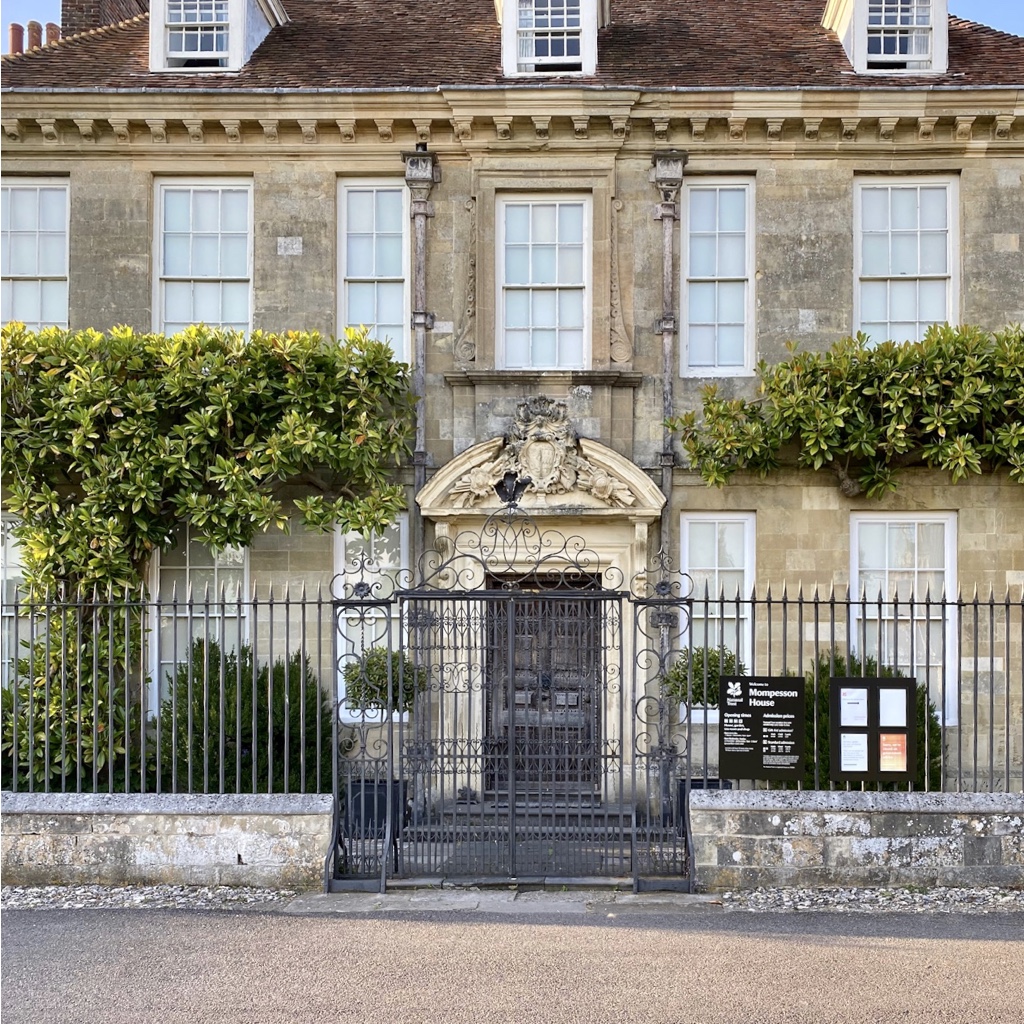 Barbara Townsend  (1842 – 1939) was a watercolourist and a lifelong resident of Mompesson House in Salisbury Cathedral Close.  She was a self-taught artist who recorded everyday life in the Close and family excursions further afield. Barbara’s work included a large number of watercolour paintings but also works in pencil and decorated cups, plates and tiles. Some of her work is still on display in the house which now belongs to the National Trust.

The second of four children, she was born into an upper middle class family who lived in Mompesson House, one of the most distinguished houses in Salisbury Cathedral Close, built in 1701. She lived there all her life until her death in 1939.

Her father George Bernard Townsend who was a solicitor specialising in railway land acquisition. He took on the lease of Mompesson in 1846. Mr Townsend married his next door neighbour, Elizabeth Eyre, who lived in the Hungerford Chantry. They had four children, one son and three daughters, George, Barbara, Jane and Gertrude. Barbara later dedicated a window in the Cathedral, Angeli Laudantes and Angeli Ministrantes, beautifully designed  by Edward Burne-Jones and executed by William Morris, to her brother Captain George Townsend who died in 1875  whilst on duty in India.

Famously, Miss Townsend was described by Edith Olivier in her book “Four Victorian ladies of Wiltshire” during the last twenty years of her life as she wandered in the Close:  ‘A small trim figure with a resolute gait, she walked about swathed in cloaks, capes, shawls, scarves, and veils, one superimposed over the other, and falling behind her in graceful disarray.’

Miss Townsend was a familiar figure in the Close, carrying her art materials, continuing to paint and sketch until the end of her life. She never married and painted every day except Sundays. Rex Whistler described her work as “exquisite” and her works have also been described as ‘in the style of a Japanese Renoir”.

National Trust Collections http://www.nationaltrustcollections.org.uk contains many paintings by Barbara Townsend now in the ownership of the National Trust.