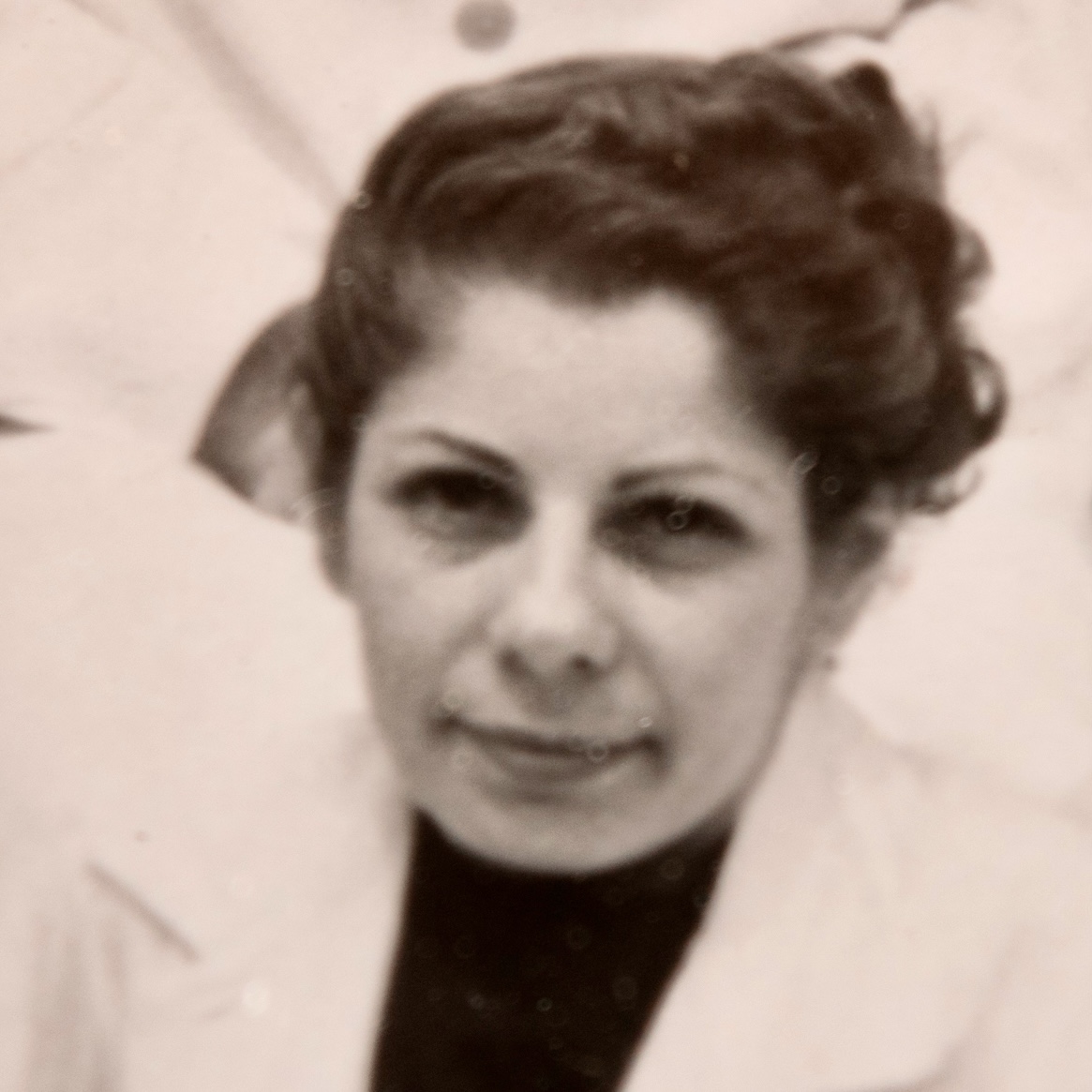 No Comments on Marina SeabrightPosted in Her Stories, Historic Women By Barbara EvansPosted on 8 February 20228 February 2022Tagged Medical, Scientist

Dr Marina Agostina Corinna Seabright (1922 -2007) was a geneticist, known for discovering the influential trypsin-banding technique for chromosomes and for leading the Wessex Regional Cytogenetics Unit.

Marina was from Calabria in Italy, and studied medicine at Palermo in Sicily. She married Harold Seabright, an English sub lieutenant in the Royal Navy volunteer reserves. They came to England and settled in Ringwood, Hampshire. Marina first intended to continue her medical studies at the University of Bristol, however her application was unsuccessful and instead in 1947 she began working in pathology at Salisbury General Infirmary.

Marina is best known for her work in the field of cytogenetics.1 In 1967, she had a chance scientific discovery which was initially dismissed as a mere artifact, however several years later, after revisiting the technique and conducting further investigations, she developed the hugely influential trypsin G-banding technique for chromosomes.2 Marina’s hallmark 1971 paper on this technique, A rapid banding technique for human chromosomes, was published in the Lancet journal and has been cited several thousand times. Trypsin banding is the most commonly used chromosome banding technique. Banding techniques are useful because they allow the structure of chromosomes to be more easily identified, and this has many practical applications such as identifying abnormalities in the structure or number of chromosomes.3

In the mid-1970s, Marina completed a PhD at the University of Southampton on the effects of X-ray radiation on chromosomes.4 She became Consultant Scientist and Director of the Wessex Regional Cytogenetics unit based in Salisbury, which flourished under her leadership. Marina’s contributions to the field included being first Secretary of the Association of Clinical Cytogenetics and Assistant Editor of the Journal of Medical Genetics.5 This was an exciting time for the burgeoning field of cytogenetics, as many new techniques were being developed, and these set the foundations for further important scientific discoveries.

Marina retired on 31 December 1987, the day her OBE was announced in the list of New Year’s Honours.6 She lived in Ringwood until her death in July 2007.

Historically, women geneticists have been given less recognition than their male counterparts, however Marina deserves to be recognised for developing the highly influential rapid-banding technique for chromosomes which is still being used worldwide more than half a century later.

Researched and written by Helen Ryan and S. Ali

1 Cytogenetics is defined as the branch of genetics that is concerned primarily in the cellular components, especially chromosomes, in relation to hereditary, genetic anomalies, and pathological conditions. From: https://www.biologyonline.com/dictionary/cytogenetics

3 The following website gives an explanation of the different types of banding, and what they are used for: https://www.nature.com/scitable/topicpage/karyotyping-for-chromosomal-abnormalities-298/

5 Further details about Marina’s life and work in Cytogenetics are given in her obituary which is listed in the Sources section.

Supplement to the London Gazette, 31 December 1987