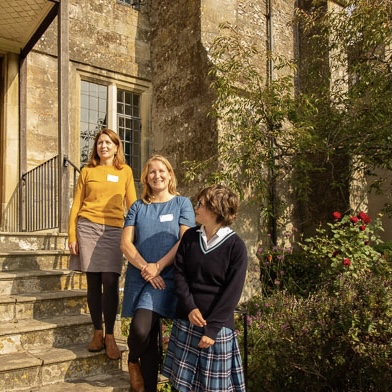 This Her Salisbury Story interview is a little different from the others in that we are celebrating a group of women rather than an individual.

October 2021 marks the 30th Anniversary of the girls’ choir at Salisbury which  was the first cathedral to have a girls’ choir placed on an equal footing with the boys.

A recent article in the Guardian explains ‘The Salisbury girls sang their first evensong on 7 October 1991, a landmark moment not just for the great Wiltshire church but in the history of cathedral music.

At the time there were some girls singing in other cathedrals but Salisbury was the first Church of England cathedral to admit girls on parity with boys and to establish an independent foundation to support female singers. Now the weekly services are equally divided between the cathedral’s boys’ and girls’ choirs’

The choir attend Salisbury Cathedral School sited in the former Bishop’s Palace inside the Cathedral Close which has been its home since the war.

Three choristers representing different eras of the choir have come together on their day of celebration and reunion to tell us what being in the choir has meant to them.

Katharine Unwin was one of the founding members of the choir in 1991, her sister Anna Donnellan followed in her footsteps joining in 1998,

whereas Alice is a current chorister in year 8 of the Cathedral School. In the podcast they relive some of the highs and lows of life as a chorister as well as describing their routes into the choir.

It is interesting to follow what has changed and what has remained the same over the years. For example Katharine describes some of the prejudice the choir encountered during the early years which Alice is able to confirm is now a thing of the past.

Katharine believes that being in the choir has been a major influence on her ideas about equality for women and is committed to equality of opportunity for boys and girls.

All three are passionate about the music and the opportunity to sing a diverse repertoire as well as the spiritual experience of singing in the cathedral. But what comes across most strongly is the impression of the happy time they have all had at the school. 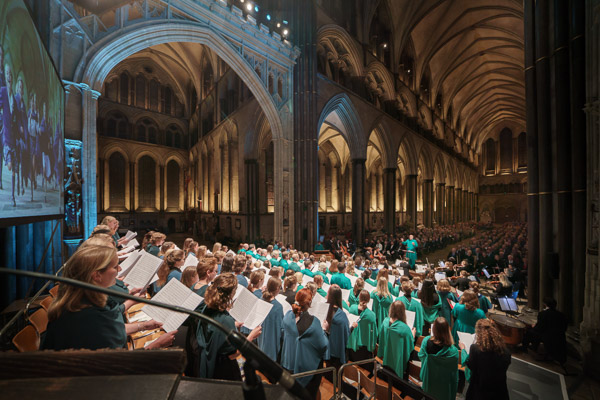 On 9th October 2021 a choir made up of  more than 80 current and former choristers gave a gala concert in the cathedral. Many local people attended to celebrate the anniversary. Past choristers who have achieved national and international recognition also returned to sing solos and share in the event which also featured the South Bank Sinfonia.