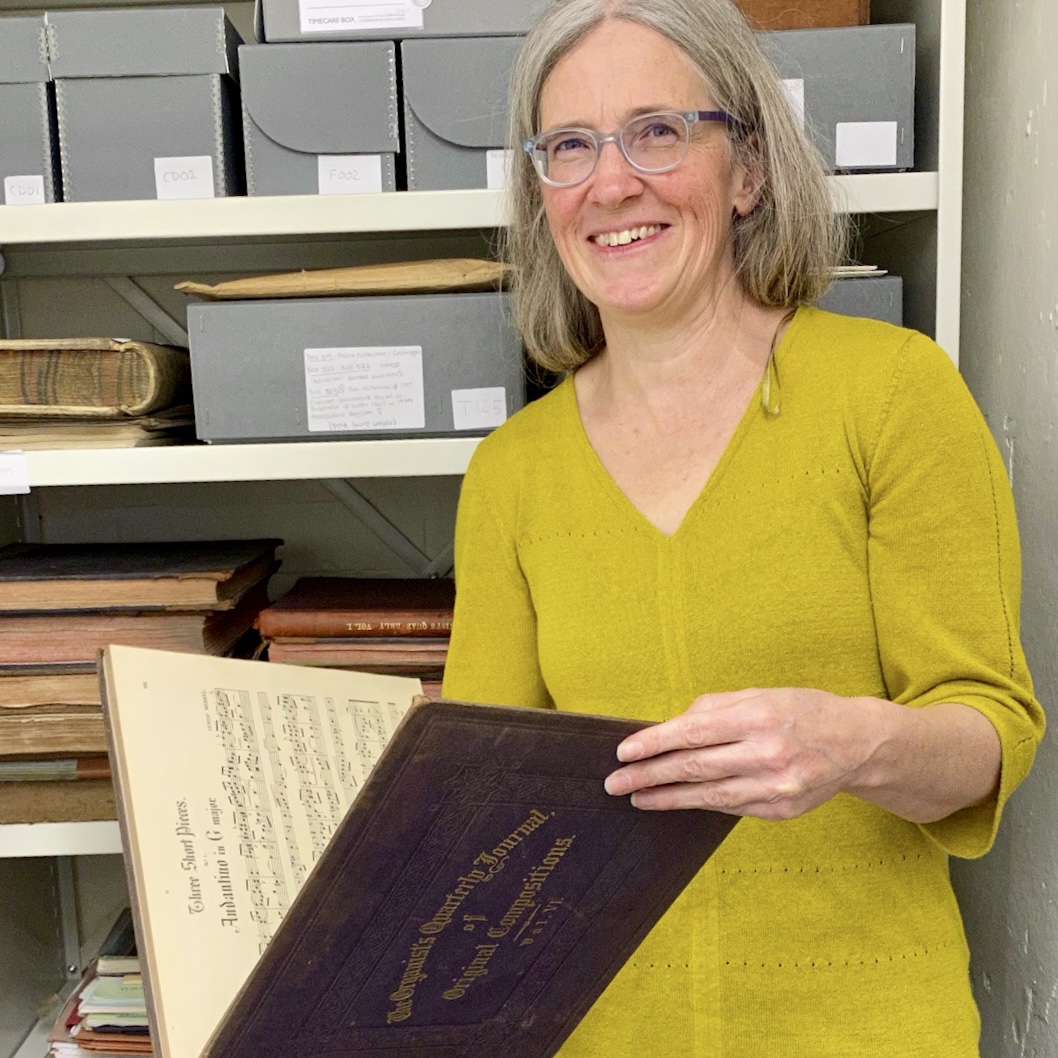 No Comments on Emily NaishPosted in Contemporary Women, Her Stories By Barbara EvansPosted on 13 October 202113 October 2021Tagged Cathedral, History

How to become an archivist? Emily had always been passionate about history and was aware of becoming an archivist as a career possibility at an early age. As she progressed though school and university the question foremost in her mind was museums or archives?

As she came to the end of her degree course she needed to make a choice in order to enrol in the professional training that would set her on a journey amongst the archives.

The first thing to do was gain some experience, so Emily undertook voluntary work at the British Library and the Imperial War Museum, together with a paid post at the V&A (Victoria & Albert Museum). You can hear about her experiences at all three institutions on the podcast.

After being accepted on one of the few archivist courses in the country, Emily’s main placement was at the BMA (British Medical Association). This led to her first paid role as a qualified archivist, where she remained for five years.

Then came the move to Salisbury. Expecting their first child, Emily and her husband moved back to his hometown to take over the Washing Well Launderette from his parents. This marked the beginning of a ten year break with the archives for Emily. When the children were old enough she briefly considered alternative careers, but decided her heart was still in the archives. Find out the steps Emily took to rejoin the profession after a prolonged career break by listening to the podcast.

Back in the world of archives Emily took a couple of posts before seeing an advertisement by the cathedral for an archivist. However appointment was far from a foregone conclusion as Emily was concerned that her Latin would not be of a high enough standard. She had taken Latin GCSE but her school had been unable to offer the subject at A Level. Fortunately this did not in the end prove a barrier to employment and Emily continues to enjoy her work with the cathedral archive.

Before going back into the archives professionally,  Emily was an enthusiastic volunteer on the Milford Street Bridge Project. She was later to incorporate this experience into her work at the cathedral, as you will learn from listening to the podcast.

When asked what she liked best about working with the archives (often in places where no one had worked with the archives for a long time) Emily’s answer was unequivocal “I can see that these archives need help and I feel I’m the person that can help them. That’s essentially what it comes down to for me.”