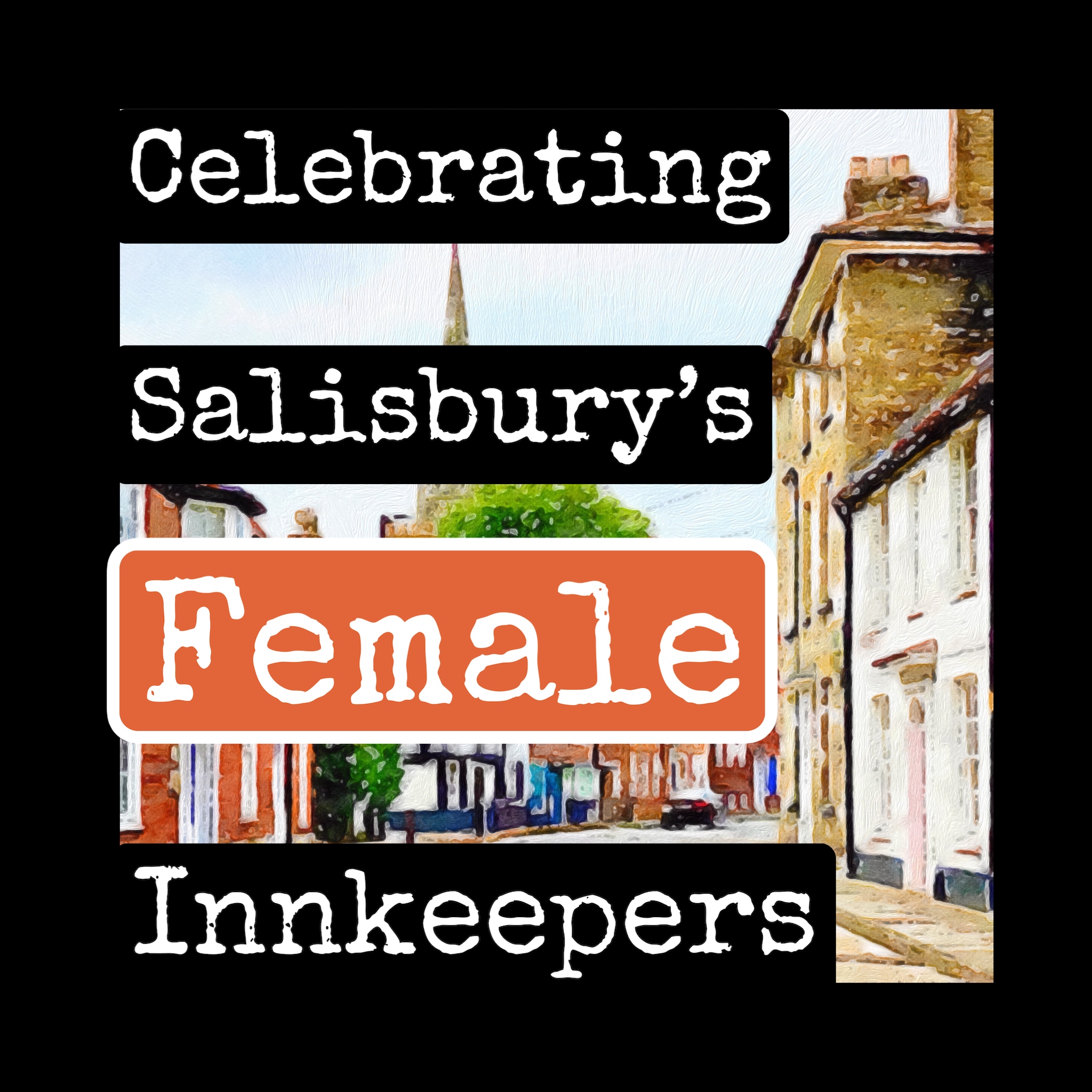 Sarah Rogers, Louisa Potto and Martha Best were women who successfully ran inns and pubs for many years in Salisbury.

Inns and Taverns are among the oldest buildings within the City of Salisbury (New Sarum). They were licensed to sell beer and wine, serve travellers with food and refreshments, and provide rooms and stabling for horses. There is some evidence of widows inheriting their innkeeping businesses from their husbands in those very early years, but the practice became widespread. In 1851 the Census started to record the full-time occupations of the female population and 11 women were listed as innkeepers and 5 as lodging housekeepers in Salisbury. Keeping the business was a different matter and the women had to be multi-skilled across the alcohol trade including admin, accounting, human resources, marketing, and business to succeed.

The city of Salisbury was at the heart of a network of countrywide stagecoach routes from the 1700s.  It was a staging post for travellers travelling from London across to the West as well as those travelling from Southampton and up to the Midlands.  Travelling by coach and horses took several days and passengers needed sustenance and lodgings en route.  Salisbury was also a destination in its own right: the Cathedral was a draw for pilgrims and clergy; there was a market day each week; and the assizes1 were based there. In addition, after the introduction of the railway in the 1840s, tourism to the city also increased.

The Antelope was the principal inn on Catherine Street in 1760 and the staging post for the London to Blandford flying machine2. It had stables for many horses. When Mrs Martha Best’s husband died, she took over the inn and ran it for the next 40 years. During that time the inn catered for royalty and the aristocracy. The Archduchess of Milan and Prince and Princess Albini stayed in 1786 whilst visiting Wilton House.  The Duke and Duchess of Cumberland stayed in 1790 whilst visiting Windsor, and in 1797 the Prince of Holland stayed before visiting the Prince of Wales who was residing at Crichel.  Martha died in 1798 and her daughter took over, but evidence suggests that the nearby White Hart became the preferred place to stay, and the Antelope no longer exists.

The Red Lion on Milford Street was a principal arrival and drop-off point in the city and became the principal home for commercial travellers. It was a fully licensed premises and had stabling for 50 horses. By 1843 when Thomas Rogers became the innkeeper of the Red Lion, the coaches were meeting the trains at the railway stations. He died in 1859 and his widow Sarah continued to run the inn as ‘Hotel keeper’ according to the 1861 and 1871 census. She employed six persons, although eight servants were listed. Four commercial travellers were staying in 18613. The Red Lion Hotel still operates today and its 800th anniversary was celebrated in 20204.

Firmin Potto took over as landlord of the Haunch of Venison5 in 1833.  He was a wine merchant and the licensee for over 40 years. The 1871 census listed him aged 66 along with Louisa Bradbeer, aged 30, unmarried, described as ‘housekeeper’. When Firmin Potto died in 1875, his will bequeathed to his wife Louisa ‘…all stock in trace with the fixtures and fittings and other articles utensils and things belonging to my business together with the goodwill of such business as now carried on by me at the Haunch of Venison..’  She was also left the inn and was urged to keep the premises ‘..insured against fire….and in as state of thoroughly good and tenantable repair’ and to use ‘…her best ability to keep on foot the licence for keeping open the said premises as a licensed victualling house’.  The licence was transferred to Louisa Potto on 1 February 1875.

Louisa had cards which advertised the details of the business and showed her independent status as businesswoman. In the 1891 census Louisa was listed as a ‘wine and spirit merchant’, and members of her family (the Bradbeers) also worked at the inn. After 28 years at the helm, Louisa handed over the reins of the pub to her son Alfred in 1903. The Haunch of Venison pub is still open today. It is a listed building with many original features from the 15th, 18th and 19th centuries still preserved6. It is known as one of the UK’s most haunted pubs due to its association with supernatural and ghostly sightings7.

This profile was researched and written by Helen Marston. Edits by S.Ali. Photography Barb Evans

1 Assizes. A court which, prior to 1972, sat at intervals in each county of England and Wales to administer the civil and criminal law. Held for many years at Salisbury Guildhall. Visiting Judges presided over at least two sessions per year. Local Justices of the peace presided over the four quarterly sessions.

2 The London to Blandford Flying Machine. These were stage coaches which would take paying customers between London and Blandford in less than two days. Set up by Robert Porter, the Landord of the Crown Hotel in Blandford ,in 1760. He also kept a special Royal coach for the use of King George lll on his trips to Weymouth.

3 An interesting story from the time features live eels. Records show that in 1868 Sarah Rogers, as innkeeper of the Red Lion, was brought before the Magistrates for wasting water. Water was kept running from a pipe in the cellar into a vessel where live eels were kept. The bench decided that an offence was committed through ignorance, and she was given a nominal fine and told to cease the waste immediately.

4 The Red Lion pub dates back to the late 13th Century, and used to be called the White Bear Inn. It was originally used as accommodation for draughtsmen working on the Cathedral. More about the history of the Red Lion can be found here: https://the-redlion.co.uk/history/

5 The Haunch of Venison dates back to at least 1320, and was originally used as accommodation for the people working on the Cathedral’s spire. http://haunchpub.co.uk/site.aspx?IID=2844067&SECTIONID=2844056

6 Historic England entry on the Haunch of Venison: https://historicengland.org.uk/listing/the-list/list-entry/1273531

Howells, Jane Elizabeth. 2007.  Independent women in public life in Salisbury in the Second half of the nineteenth century.  Doctoral thesis, Goldsmiths, University of London