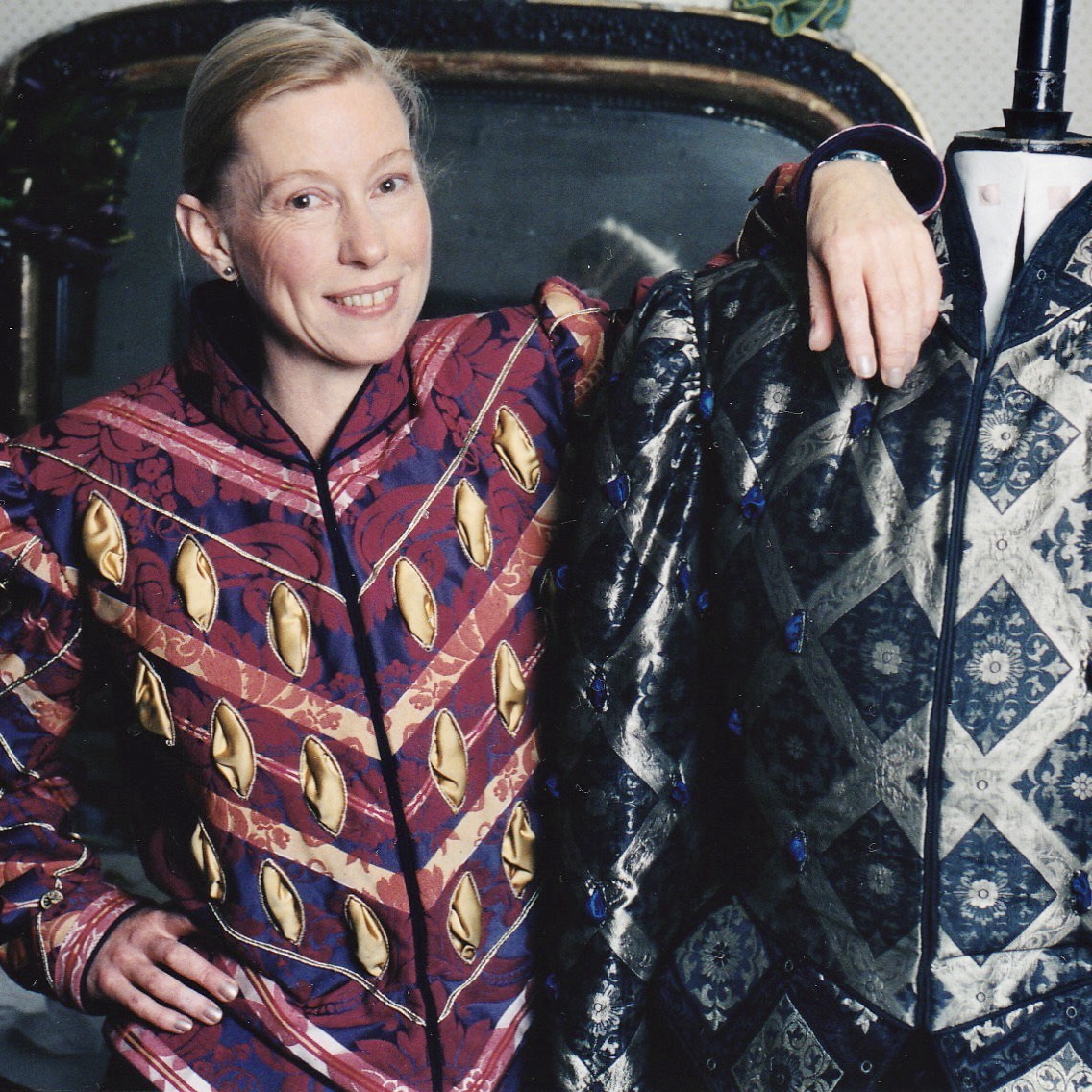 No Comments on Caroline LanyonPosted in Contemporary Women, Her Stories By Barbara EvansPosted on 22 May 202220 August 2022Tagged CAMPAIGNER, costumier

Growing up near airforce bases in Britain and Europe, Caroline had an early awarenesss of war and its consequences which she believes informed her later activity in support of CND (Campaign for Nuclear Disarmament). Hear about her support for the Greenham Women’s Peace Camp, and her role in tracking Cruise Missiles across Salisbury Plain.

Whilst support of CND has been a lifelong passion for Caroline her career has been in a totally different field, that of a Theatrical Costumier. After undertaking a fine arts course at Brighton Art College she worked at the Royal Opera House and the National Theatre before undertaking further training with a focus on costume making. If you are an avid theatre goer you will almost certainly have seen her recent work as she made several of the costumes for the musical Wicked as well as Cinderella’s ballgown for Matthew Bourne’s ballet Cinderella.

When Caroline moved to Salisbury she became immersed in CND and was subsequently engaged in various successful local campaigns including ‘Save Our Arts Centre’ and ‘Save the Odeon Cinema’.

Caroline is passionate about seizing the opportunities that present themselves, fighting injustice, and the importance of creativity for everyone’s mental heath and development.