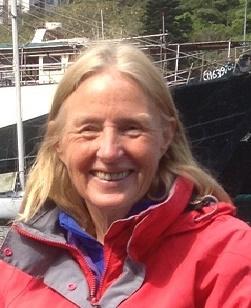 No Comments on Frances StrattonPosted in Her Stories, Historic Women By Liz BattenPosted on 19 August 202119 August 2021

Frances Stratton, also known as Fran, was Headteacher of South Wilts Grammar School for Girls from 2003-11. During her time as Head, she made a huge impact on the lives of those with whom she came into contact at the school, and as such she deserves to be noted as someone who made a real difference to girls’ education in Salisbury.

She came to Salisbury after teaching at Luton College and Corfe Hills School, Dorset, and immediately set about putting her ideas concerning education into practice. Her outstanding qualities of leadership were referred to in the school’s Ofsted Report of 2007.

She gave her students a vision of ‘reaching for the stars’ academically; this encouragement enabled them to achieve much more than they had thought possible. She was a firm believer that girls could and should study science subjects, particularly in hitherto male-dominated areas. The improvement of the facilities at the school (e.g. new Maths, Sixth Form and Music Blocks and a refurbishment of the science labs) enabled this vision to become a reality.

Her passion for geology was famous and a large number of ex-students have reason to be grateful to her for igniting their own passion in the subject. Many students indeed went on to further study and careers in geology and related disciplines. Frances wrote the definitive A-Level textbook for geology.

She also believed in more collaboration between schools and to this end fostered links with Bishops Wordsworth School in Salisbury. These links have strengthened over time and continue to this day. For example, she initiated the joint teaching of A-Level Geology, and  within five years this had become the largest sixth form Geology Department in the country with well over 100 AS and A-Level students. The outstanding results which came from this were such that in 2008, South Wilts Grammar and Bishop Wordsworth Schools were jointly awarded the National Schools’ Geology Prize by the Geological Society of London.

It seems that she did not record her philosophy of education in written form, but the extraordinary results obtained by her students speak for themselves. She focused on improving exam results and girls’ university aspirations as this provided a solid basis for their future careers. With careful marketing and implementation of her ideas she produced immensely impressive results.

Those who knew her personally speak of her love of travel and her garden in Swanage, where she continued to live while Head Teacher in Salisbury, and her commitment to putting her ideals into practice.

Researched and written by Beatrice King, edits by S.Ali

We would like to thank Salisbury Journal for permission to use photographs.