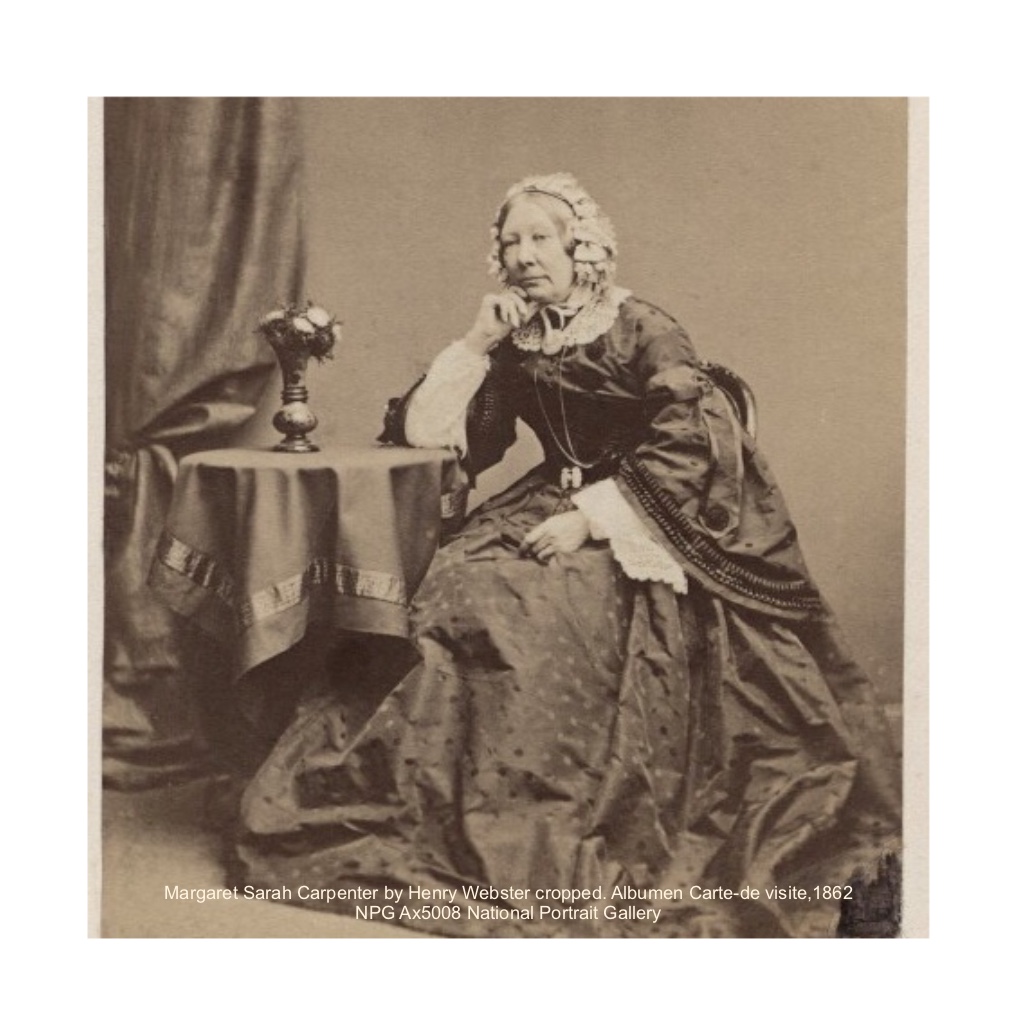 No Comments on Margaret Sarah CarpenterPosted in Her Stories, Historic Women By Liz BattenPosted on 11 August 20202 September 2020Tagged Artist

Margaret Carpenter (1793-1872) was Salisbury-born but moved to London where she became a distinguished portrait painter of her day, much in demand.

From an early age Margaret showed tremendous talent for drawing portraits and was much in demand for her skills by local families. Largely self-taught, she received some tuition from a Salisbury artist, Thomas Guest.  The Earl of Radnor recognised her talent and allowed her to study and make copies of old master portraits in his collection at Longford Castle. Lord and Lady Radnor also gave her financial support enabling her to make visits to London 1810-1812 and to finally settle there in 1813.

In 1817 she married James Carpenter (1792-1866) a bookseller, print publisher and art dealer. They had eight children, of whom only five survived infancy: two became notable artists in their own right. She lived in London for the rest of her life, in Marylebone and then in the British Museum where her husband worked as keeper of prints.

Around 1815 Margaret became a pupil of Sir Thomas Lawrence and was seen as his natural successor. Lawrence was a leading portrait painter of the time and President of the Royal Academy. She was at her peak during the 1830s and 1840s and during her career she earned more than her husband.

She produced more than 1100 pictures, mostly portraits in oils, but many in chalks and some watercolour landscapes. Rather than painting miniatures she was one of the few women artists painting full size canvases. She exhibited widely, including at the Royal Academy and the British Institution. She painted portraits of the great and the good of the time including Ada King, Countess of Lovelace (1815-1852) and Henry Hoare (1762-1842).

Despite exhibiting in total 156 pictures at the Royal Academy she was never elected to membership. She was nominated in 1844, the only woman amongst candidates for two positions, but was unsuccessful.

On her husband’s death in 1866 she was awarded an annual pension of £100 by Queen Victoria. She moved back to Marylebone where she died six years later and was buried in Highgate Cemetery East, where she was laid to rest with her husband.