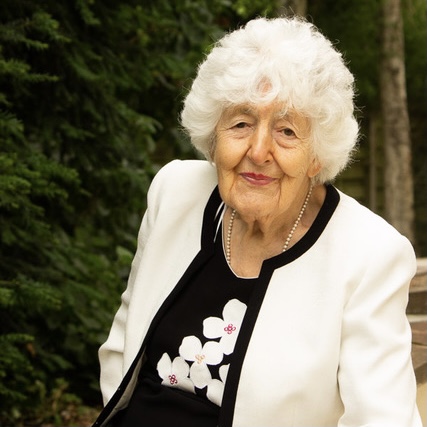 No Comments on Mary PaiseyPosted in Contemporary Women, Her Stories By Barbara EvansPosted on 10 August 202110 August 2021Tagged Philanthropist, Teacher

Mary Paisey was born and brought up in Bath. She gained a geography degree from Oxford University and a teaching diploma from Cambridge University. Which University does Mary shout for at the Boat Race?

Her husband’s career took the family  to South Wales where they lived for ten years and Mary worked at both Barry Grammar School and Glamorgan College of Education. During their time there in 1966 there was a catastrophic collapse of a colliery coal tip at nearby Aberfan  Her colleagues went to the school to attempt to find surviving staff and children – 144 people died .  In 1968 the family moved to Richmond where Mary took a position at Digby Stuart College in London.

In 1971 Mary’s husband’s job brought them to Salisbury and she took up a position as Senior Lecturer at Sarum St Michael’s College. When the College was closed in 1978, she led the fight for redundancy payments for herself and her colleagues, threatening her employers with an industrial tribunal. ‘I have never been afraid to put my head above the parapet’, she says of herself. ‘I was disappointed when they backed down – I had picked out what I was going to wear in court! Following that, she took a scale one teaching position at La Retraite School (now Leehurst Swan) where she went on to serve as Head from 1986 until her retirement in 1994.

Mary joined Soroptimist International Salisbury in 1984 and was Club President in 1988-9, the year of the Club’s tenth anniversary. She was President of Southern England in 1996-7. Her contribution has been recognised in this Soroptimist International Centenary Year by her inclusion in the #WhoIsShe nominations which celebrates members past & present who have made a noteworthy contribution to society in the furtherance of the aims and objectives of the organisation.

Mary was awarded the MBE in 2010 for services to the community in Salisbury and Wilton. The person she admired the most during her life, Her Majesty the Queen, awarded her the MBE  at Windsor Castle. Mary was so in awe of both meeting  the Queen and the superlative location she forgot to curtsey! The award recognised her work in setting up and supporting the Salisbury Women’s Refuge (she served as a Trustee of the Refuge for 30 years and has recently been appointed Honorary President) and her support of many other local community projects including Wessex Community Action, The Lovelane Friendship Club Day Centre, Christian Aid, the Arts Society and Churches Together.

In 2013 Patrick died of cancer and since then Mary has continued to support community projects and is very proud of their family of her five grown children, nine grandchildren, one great grandchild with who all keep in  close touch with each other.

She is looking forward to the end of COVID restrictions and has agreed to dance the conga at Her Salisbury Story celebratory event in October 2021.

Interview and article by Helen Stewart